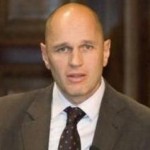 Horizon 2020 is the financial instrument implementing the Innovation Union, a Europe 20203 flagship initiative aimed at securing Europe’s global competitiveness. Running from 2014 to 2020 with an €80 billion budget, the EU’s new programme for research and innovation is part of the drive to create new growth and jobs in Europe. Harald Trettenbrein, Deputy Head of unit in DG Connect, will introduce the main objectives and instruments of the EU’s future research strategy.

Harald E. Trettenbrein is Deputy Head of the Converging Media and Content Unit in the European Commission’s Directorate General for Communications Networks, Content and Technology. He was responsible for the revision of the Television without Frontiers Directive and is now dealing i.a. with the implementation of the Audiovisual Media Services Directive. Mr Trettenbrein studied law. He held university teaching posts and was attached to the Austrian Prime Minister’s office before joining the European Commission at its Representation in Vienna. He has written on fundamental rights, data protection and media law. Since 2012 he is also managing research policy in the area of connected and social media.