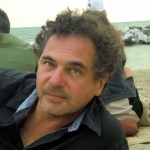 Style Imitation and Creativity: toward a new generation of content authoring tools for music and text

Creative artefacts are often obtained by combining ideas, patterns, ways of doing – in a word, styles – to new configurations or situations. We describe a new approach to content authoring tools based on this idea. The approach is based on letting users explicitly manipulate style, as a computational object. In such a context, one of the key technical problem is to generate sequences that imitate a style, while satisfying arbitrary constraints, coming from the domain of study.
We describe a novel sequence generation approach based on an old statistical tool: Markov chains. We show that is is possible to explore the complete set of sequences that a Markov model can generate, using combinatorial optimization techniques. We show that the addition of even simple constraints bias the initial Markov model in interesting ways, which are not fully understood. We describe some recent results in constrained Markov generation which pave the way for novel and exciting style manipulation applications, in music composition, improvization and litterary text writing, and give a few examples developped within the Flow Machines project.

François Pachet received his Ph.D. and Habilitation degrees from Paris 6 University (UPMC). He is a Civil Engineer (Ecole des Ponts and Chaussées) and was Assistant Professor in Artiﬁcial Intelligence and Computer Science, at Paris 6 University, until 1997. He then set up the music research team at SONY Computer Science Laboratory Paris, where he developed the vision that metadata can greatly enhance the musical experience in all its dimensions, from listening to performance. His team conducts research in interactive music listening and performance and musical metadata and developed several innovative technologies (constraint-based spatialization, intelligent music scheduling using metadata) and award winning systems (MusicSpace, PathBuilder, The Continuator for Interactive Music Improvisation, etc.). He is the author of over 80 scientiﬁc publications in the ﬁelds of musical metadata and interactive instruments. His current research focuses on creativity and content generation, as he was recently awarded an ERC Advanced Grant to develop the concepts and technologies of “flow machines”: a new generation of content generation tools that help users find and develop their own “style”.